I decided that, once the public action taken by Ordain Women (OW) at the April 2014 Priesthood session of General Conference was accomplished, I’d stay silent about the event. I figured there would be enough people talking about them and probably not enough people listening to them. In the aftermath, I read some very moving posts written by the OW sisters and their male supporters. Surprisingly, during and immediately after General Conference, my Facebook feed was almost absent of OW bashing. I was pleased.

However, about a week after the Priesthood session, a guest post from The Millennial Star, titled “Ordain Women: thanks for nothing” (sic), began appearing in my feed. I looked away the first few times it appeared, but its recurrence demanded I pay it some attention. Everything about that post stood in stark contrast to the things I’d read by OW supporters. It was angry when OW posts were reflective, jubilant, and sad. It was rude when OW posts seemed to go out of their way to forgive. And it was illogical, making claims about OW that were not recognizable to me and assumptions that should have been put on the Naughty Bench rather than online. But I haven’t an interest in discussing, much less debunking, the guest post. Read it here if you haven’t. Instead, I’d like to don my fiction writer/editor’s cap and discuss the difference between point of view (POV) and perspective, why and how that knowledge can help us, and what perspective has to do with the Ordain Women “problem.”

Heading Back to School on Perspective: Thanks to our English teachers, most of us  know the difference between first and third person points of view. But what we rarely get in our literary education is an introduction to the concept of perspective.

Perspective is a subset of point of view. Perspective is what writers are using when they focus the readers’ attention within the constraints of point of view, or under its umbrella. It’s sort of like where a filmmaker points the camera, what s/he draws your attention to. If you think about it, a novelist who is writing a restaurant scene in which two people are in conflict has a huge number of things she could direct your attention to: the stain on the tablecloth, the waiter’s cowlick, the murmur of voices, dishes being dropped, and so on. So many things happen simultaneously, and a good writer selects out the things that will subtly carry a desired meaning or emotion to the reader. In this way, the writer aligns the reader, who began as a detached observer, with the point of view character and his/her emotions, goals and desires. Without perspective, we wouldn’t care about the people in the stories we consume. With perspective, we begin to see the world through the eyes of another.

Perspective as a Life Tool: Just as intimacy and alignment between character and reader are brought into fiction through the writer’s use of perspective, so it is in real life. In other words, if our goal is to align our hearts with others–especially with those who are markedly different from us–it isn’t enough to be able to tick off the attributes associated with their point of view. We must experience their perspective. We

must look where that person looks and see what they see through their eyes. We must use the tool of perspective to unite our emotions with theirs, the same way a reader’s emotions are united with a character’s through the craft of perspective. Even if that union of perspective is as momentary as the flip of a page, it is essential to establishing the alignment we call brother and sisterhood.

It’s important to remember, however, that a well-crafted narrative changes its readers by broadening their world, not by changing their personal worldview. Acquiring the perspective of those who think differently than we do will not require us to become like them. Instead, it allows us to become better because we know them. This act of sharing another’s perspective is the foundation of Christ-like love. Perhaps its mastery is what makes God God.

The woman who dashed off the guest post in The Millennial Star seems to understand the LDS feminist point of view accepted by Ordain Women. She wrote: “I don’t disagree with OW’s basic tenets. I find their statements that Joseph Smith planned to organize a female priesthood compelling. I’m not against that. Nor am I against the greater influence of women in the church, in addition to the power we already have.”

Unfortunately, these sentences are buried in an avalanche of angry accusations that communicate, to me anyway, that the last thing she wants is a sense of kinship with the people of Ordain Women. It doesn’t sound like she can tolerate them, much less love them. She had an emotional overreaction to a tenet of LDS feminism that she understands intellectually, but was unable to identify with, to 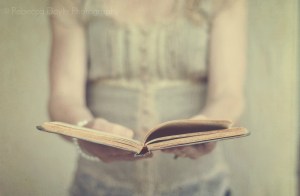 feel an alignment with. That emotional overreaction seems to have lead her away from the love our Savior wants us–no, commands us–to have for one another. She has every right to reject any aspect of any world view she doesn’t share. However, she, like the rest of us, has been called to love all of God’s children. We don’t insult, degrade, demean or misrepresent those we love. Nor should we give kudos to those who do.

I know darn well I’ve been as guilty of this behavior as anyone. Those who know me well know it well. When my husband and I dated, he called me his lovely little Sherman tank because sometimes I was so sure of being right that I confused that confidence with being righteous. Add in my love of words and, well, let’s just say you could find several offenses of this nature in the wake of my life. But I’ve learned a few things.

I’ve learned that, in order to love, it isn’t enough to understand different points of view. I need perspective, or, as the cliche goes, “to walk in another’s shoes.” But here’s the trick. It isn’t enough to simply read the perspectives of the members of Ordain Women (or for Ordain Women to read perspectives contrary to their own). Our hearts have to be willing to accept that the other perspective is valid. The validity is found  in the fact that a child of God feels or thinks or experiences something in the manner they are expressing. The validity is confirmed by the knowledge that God loves us all and that He has placed each of us in the life that has made us who we are. Different. The same. All are loved in the eyes of our Heavenly Father and our Savior.

Perspective as a Blessing: I’d like to share a perspective with you, a lovely blog post written by a young Mormon feminist who stood in line for a ticket to the Priesthood session and was refused. If you do not share Ordain Women’s point of view, remember as you read this that perspective is a tool that can align very different hearts. Do not merely step into her point of view; step into her perspective. Do not evaluate whether she is right or wrong according to your thinking. I ask that you feel the emotion in her. It may not be the emotion you have felt in a similar situation (it wasn’t mine), but accept that the emotion is validated by the truth that she is your spiritual sister, a daughter of God, and that He loves her and understands her as much as He loves and understands you.

The question is, can you love her?

These are the duties of the male. The priesthood.

All because I am woman and I am your mother.

And so, a year later, I held you tight as I used that body, my female body, the one that had been banned from holding and blessing, to offer up the prayer of my heart.

You are my daughter, flesh of my flesh.

May this be the beginning of better days.

I’ve had three children receive their infant blessings by my husband while I sat watching. I’ve never once felt any of the things Amy Cartwright speaks of feeling. I never thought to feel envious or shunned, but only happy that the man I love, who didn’t get to carry our children in the womb, got to lay his hands on their heads and bless them. I suppose, had it not been my husband pronouncing the blessing (and I have learned from Amy that her infant daughter would have been blessed by ward members), the likelihood that I would feel envy would rise. But does it matter that I haven’t felt what Amy felt? No. Because, you see, I have felt misunderstood, undervalued, and alienated at other times in my life. Amy is directing my focus in a way that may be foreign to me, but feels so true, so human, so lovely, both in its strength and in its weakness. How can I not love her for all she expresses here? How could a Heavenly Father not love her for the intense desire she has to communicate to her daughter her divine worth? Why would anyone think God would rebuke her for that instead of comforting her? The desire of Amy’s heart may be differently expressed than mine, but her desire for her child’s well-being is the same as my desire for mine. I can’t help but love her.

Many of us–most of us–don’t share Ordain Women’s point of view. We don’t think this way. But we all feel this way. Maybe not about the same things. But opening ourselves to the perspective of others–following their emotional gaze as it were–is what will align our hearts and allow us to love in the way God promises us will lead to joy.

The sister who wrote the guest post in question worries that OW is bringing “bad press” to the Church. I submit that a variety of points of view in any organization is the norm and nothing to fret over, whether or not the press notices. On the other hand, a Church which teaches the love of Christ, but whose members cannot manage it one for another, simply because they differ, is a much greater worry.

This is the first and great commandment.

And the second is like unto it, Thou shalt love they neighbor as thyself.

81 thoughts on “Perspective and the Ordain Women “Problem””