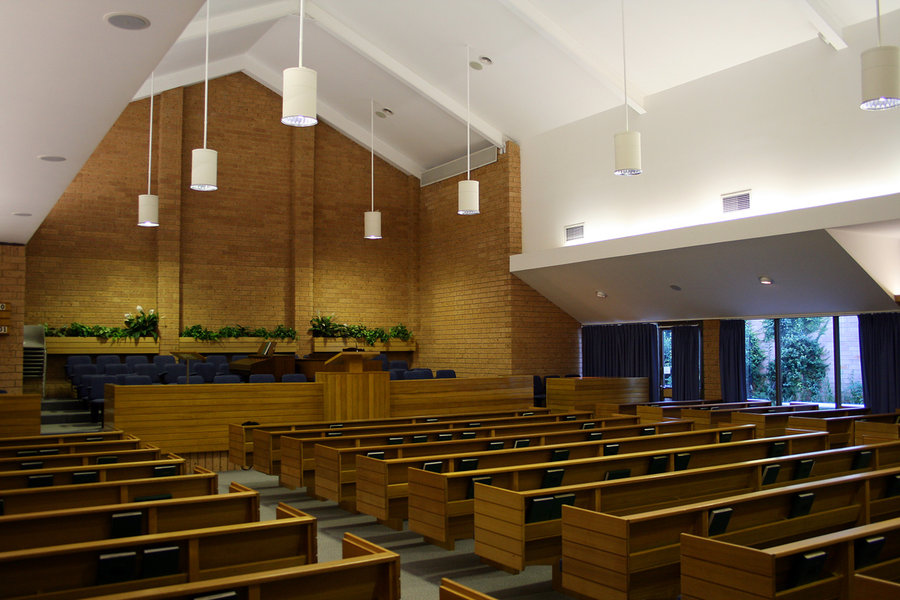 And then, in Mormonism, there is “apostate.”

Derogatory terms are meant to dismiss, demean, and devalue people, to set them aside as Other, or Less Than. Every one of us is guilty of using this or that term in our bad moments. Stupid. Radical. Nerd. Fool. And when we do, a silent, internal script soothes us by whispering, “At least I’m not that.”

Usually pejoratives are informal, but not always. In a room full of progressives, calling someone “conservative” may dismiss the idea of a fellow progressive. The same can apply in reverse to a room full of conservatives. Every group has terms they use to signal to its members that someone is too different to be acceptable. In Mormonism, the most potent of those derogatory terms is “apostate.” But in Mormonism, “apostate” is also an official designation, a label attached formally by the Church organization.

An “apostate” is considered an enemy to the Church and is summarily excommunicated. According to the recent Handbook 1 change, LDS LGBT members in legal, same gender marriages are now automatically deemed “apostate,” even if they believe whole-heartedly in the gospel of Christ. The “apostate” classification is not automatically applied to rapists, pedophiles, or those who attempt murder. Only to same-gender married couples. And only because the church says these same-gender marriages can’t exist in the celestial kingdom. So out they must go.

Yes, out they go–even if they, too, believe that male/female marriages have the potential for exaltation.

In Alma 32, we read of the poor who were cast out of their synagogue by the wealthy, even though they had helped build that very synagogue. Today, believing LGBT Mormons are being cast out of the Kingdom of God on earth, in spite of the fact they have helped build it. They have been baptized, confirmed, ordained, served missions and served in callings. They grow up just like every believing heterosexual Mormon child.

Except that they also grown up with the constant theological indictment that they are flawed, broken, dangerous, and that their natural instinct regarding love and connection is evil. I hear them speak of growing up in fear of rejection, not only from other humans, but from God. They grow up in pain, desperate to change or be changed.

This is entirely unlike anything any heterosexual LDS child experiences. Many LGBT Mormons speak of praying harder, fasting longer, committing more intensely to serve than it seemed to them their heterosexual peers did, all in hope that God would make it better.

But the only way God can make this better is by making better people of the rest of us. It’s time for us to answer the prayers of our LGBT brothers and sisters and become the better people they need us to be. It’s time for us to see them for the believing members they are, for the pain we have inflicted and are continuing to inflict, for the false judgments we pass in order to validate the way we have dismissed, demeaned, and devalued them. Like the poor of whom Alma speaks, they will not be rejected by the God they love, serve, and worship, even if we continue to reject them.

I’m not going to rehash LDS doctrine on marriage; we all know it. Homosexual Mormons know it. I’m not going to explain the difference between doctrine and policy. We should all understand that. I am, however, going to remind the heterosexual LDS population of the very Mormon teaching that all truth belongs to and in our religion, and that truth can be revealed in and through many means, including scientific, psychological investigation. The truth revealed through these means should be accepted as revelation from God to man. And yet we reject this revelation in favor of a few lines found in an ancient text that the 8th Article of Faith teaches is flawed.

I don’t believe that the First Presidency and the Quorum of the Twelve are unified on this policy or even on the “LGBT problem.” We know, in the years preceding the lift of the priesthood ban, they leaders had differing opinions. Because there was not unity, the status quo remained. I feel confident that, in their midst right now, at least one man is being prepared, a man who hears the cries of pain coming from faithful LGBT members and their families, who understands their hearts and sees them as children of God, regardless of the inborn sexual orientation. I pray for that man. And I pray for rest of us to become the revelation of brotherhood our LDS LGBT community of Saints needs us to be.

And make no mistake. Saints, not apostates, are what these faithful LGBT people are. The real question is, are we?

Individual members may not have a voice in designing church policy, but we do have the power–and the accountability–to design our reaction to it according to the gift of the Holy Ghost.

Feed His lambs. Feed His sheep. And don’t call them names.

This people draweth night unto me with their mouth, and honoureth me with their lips; but their heart is far from me. But in vain they do worship me, teaching for doctrines the commandments of men. (Matt 15: 8,9)