On the day President Russell M. Nelson was given audience with Pope Francis in the Vatican, I encountered a Latter-day Saint pointing at the Catholic Church and accusing it of being “the great and abominable church” condemned by the Book of Mormon. This she called doctrine.

This coupling of the Catholic religion with the great and abominable church has rankled me throughout my forty years of adult membership. As a convert from Catholicism, I maintain respect for the good people and positive aspects of my former faith. But that’s not why. The claim is the ideological equivalent of a sickly inbred descendant. The amorous ancestors aren’t cousins, but Institutional Integrity and Sleight of Hand.  That’s harsh, I know, but I think fair. To demonstrate, it’s important to identify how wrong ideas have taken root in our religious culture. For this example, Step 1 must be a brief recap of the history of Bruce R. McConkie’s Mormon Doctrine.

Bookcraft published Mormon Doctrine in 1958. The first edition maintained the infamously harsh tone that McConkie, unchecked, was known for, but it also classed many of his opinions as doctrine, not the least of which was the claim that Catholicism is the great and abominable church. Though he wasn’t the first church leader to make the claim, his inclusion of it in an encyclopedia titled “Mormon Doctrine” cast the die for modern generations.

Most members aren’t aware that, in January 1960, after a review of Mormon Doctrine was completed, then-president of the church, David O. McKay, requested McConkie not republish it because it contained over 1,000 errors. (You read that right.) In 1961, Mormon Doctrine was republished, but with hundreds of changes (some only weak compromises). Eventually, Deseret Book acquired the title and it remained a top seller for decades. Unfortunately, the damage had been done, and the false notion that the Catholic Church is, according to doctrine, the great and abominable church had rooted in the minds of many modern LDS.

In the decades since the first edition’s appearance, the Brethren have worked tirelessly to develop a positive relationship with the Vatican, and this week, they reap a temple in Rome.

There are important lessons here, like you catch more flies with honey than vinegar. But I see another crucial lesson: apostles do sometimes wrongly elevate their opinion to the level of doctrine. McKay rebuked McConkie privately, but neither he nor McConkie informed the general membership that much of what they read in the first edition of Mormon Doctrine wasn’t canonical.

As a result, this week, there are parents telling their children that the Lord is scoring a victory over the great and abominable Catholic Church by dedicating a temple so near the Vatican. A public statement in 1961 would’ve eliminated this error and likely helped Mormon-Catholic relations across the past several decades. It might’ve brought us a Rome temple much sooner.

But President McKay desired to save face for Elder McConkie. He is quoted as saying to Joseph Fielding Smith, “Now, Brother Smith, [Elder McConkie] is a General Authority, and we do not want to give him a public rebuke that would be embarrassing to him and lessen his influence with the members of the Church…”

Many LDS will see a kind intent here and appreciate it. We’re nice people. But “when we undertake to cover our sins [or mistakes, or missteps], or to gratify our pride [or the pride of our fellow leaders], our vain ambition [to be thought well of], or to exercise control or dominion or compulsion [or their enabler, misdirection] upon the souls of the children of men, in any degree of unrighteousness, behold, the heavens withdraw themselves; the Spirit of the Lord is grieved…” (D&C 121: 37).

The only way I see to suggest harmony between President McKay’s choice and this verse in the D&C is to suggest that President McKay’s decision had zero degree of unrighteousness. But if it had been faultless, the fruit it produced would’ve been sweet. Instead, his choice reaped confusion and wrong-headedness that has hurt members of two churches.

President McKay succumbed to the temptation of dishonesty by omission, and then he justified his decision as a way to promote the cause of Christ. Humans will do this. You’ve probably done this. I’ve probably done this. But it’s wrong. And saying it’s wrong shouldn’t be wrongfully classed as an act against either the Church of Jesus Christ of Latter-day Saints or God. Recognition is part of repentance.

And our religious culture, comprised of individual members and leaders, is guilty of putting the image of the Church ahead of humility and its requisite transparency. In practice, Mormon culture has skewed the meaning of integrity.

Integrity rightly means an existence free of division, or with wholeness, so someone with personal integrity doesn’t compartmentalize aspects of his life but lives so that all sides of him harmonize. For a man to have integrity, he must develop the humility to admit error and the fortitude to correct himself. Only in this way can he be free of those hidden compartments.

When a man ascends to high leadership in the Church, he dedicates his life to institutional integrity. It’s debatable whether or not an institution is capable of integrity, considering it isn’t a conscious being but a thing. Regardless, Mormon institutional integrity wears the ill-fitted idea that leaders must show one face on everything—from theology to policy—in order to affect the unity of Father and Son and, thereby, maintain the trust of members.

But conformity is the counterfeit of unity. There can be no institutional integrity when an institution’s governing body is comprised of men who voluntarily forfeit their personal integrity to maintain it, or to illusorily win the confidence of members.

I think about all the years Russell M. Nelson tolerated Presidents Hinckley’s and Monson’s casual use of the word “Mormon” and stifled his own moral compass, pretending agreement for the public. It must have been difficult for him.

It’s difficult for all of us when personal integrity perishes on the alter of institutional integrity. Decades later, we are still battling certain ill-conceived ideas of an apostle because those who lead—and those who follow—have accepted the sleight of hand which substitutes conformity for unity.

Every lovely portrait—be it of man or God—is painted with many colors, sometimes with hues from opposite sides of the color wheel. True unity—the kind blessed by the Divine—isn’t the absence of opposite opinion, but the presence of them, integrated with complementary respect and grace. 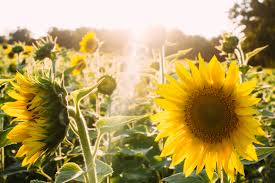