Due to the unexpected passing of my mother, I will be taking a blog-break for a few weeks while I attend to family concerns. I expect to return on or around the second week of September, 2014. Pls check back. Thank you for your support. 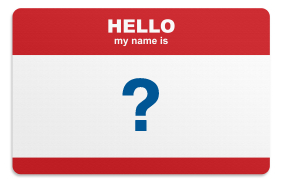 Ordain Women is changing the name of their teaching platform from “Six Discussions” to “Conversations” in reaction to criticism that the name of the original program demonstrates their desire to evangelize LDS toward female ordination. The term “six discussions” is, after all, reminiscent of the former missionary program used by the Church of Jesus Christ of Latter-day Saints. This title change is bringing the expected banter—claims that the name switch is as silly as the women behind it and other similarly dismissive things. As a non-member of OW (but then, OW doesn’t have a formal membership) who has participated in an online “conversation” group regarding these “discussions” (I’m confused), I recognize some validity in the charge that the Six Discussions are evangelical-ish in their appeal, but only insofar as any argument attempts to make its case convincing. It seems to me the silliness resides in the initial accusation that the Six Discussions were designed to convince others. Not because the accusation is wrong, but because making the accusation is, in itself, an act of silliness. Its a “duh” and a “so what?” Nearly every human conversation is designed to convince, to open or alter minds, to change ideas and, sometimes, hearts.  In some ways, argument can be considered the engine of free agency. It is essential.