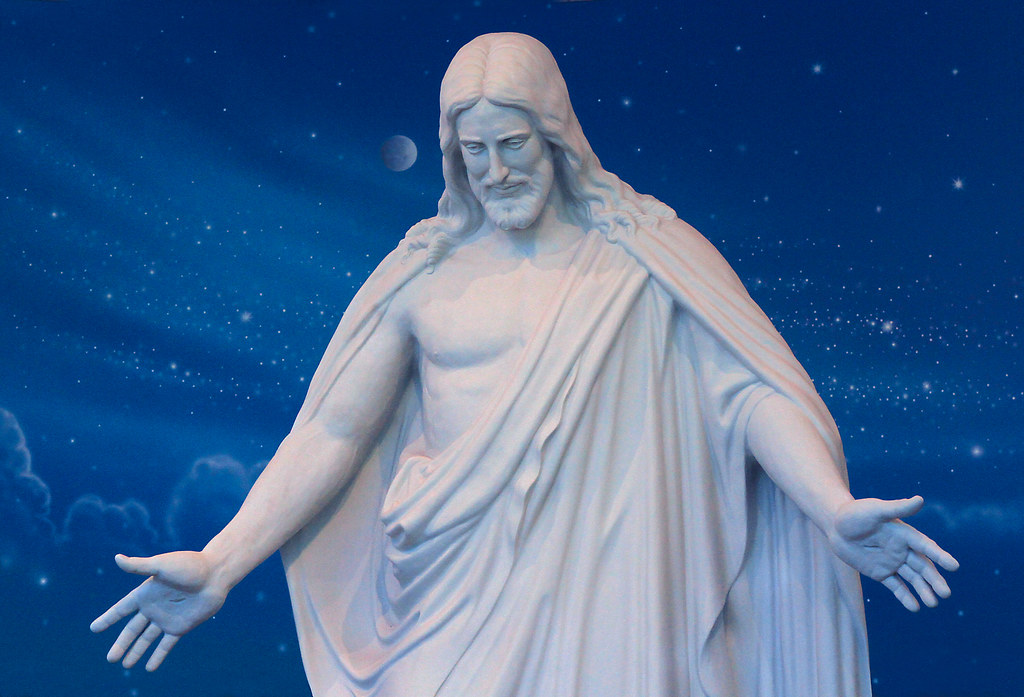 There was a time I accepted the phrase “Love the sinner; hate the sin,” but I always felt uncomfortable using it. Eventually, I started giving the expression second thought, and I realized the parallelism of the phrase suggests a balance between the ideas of love and hate. But love and hate don’t balance one another. Just as light cannot be where there is darkness, love cannot be where there is hate.

Of course, once I became aware of this difficult dichotomy, that voice of contrariness we probably all know popped into my head, insisting it is possible to love a person and, at the same time, hate what that person does. But is it? END_OF_DOCUMENT_TOKEN_TO_BE_REPLACED

I watched the news out of Baton Rouge with my 15-year-old son, who is considering a career in law enforcement. When the reporter upped the death toll from two police officers to three, I turned my eyes from the TV to my son. Nearly two years earlier, I had watched him just like this, watched him watch Ferguson burn.

Ten days ago, at a peaceable Black Lives Matter march, a gunman shot and killed five Dallas police officers, wounding several others. One of the murdered officers used to escort my daughter-in-law from the Dallas theater where she worked late shifts to her parked car; she loved his sense of humor. The young man who killed him grew up in the town in which my two oldest children spent their elementary school years. Had we not moved, they’d have gone to high school together, my oldest son a grade ahead of him, and my daughter, a grade behind. As is, we have friends who knew the killer.

When Ferguson burned, I begged my youngest son to reconsider his future career, saying the world is too dangerous and that I’m afraid for him. His response was, “Imagine how dangerous the world would be without police officers.” As Baton Rouge unfolded, he said nothing. He just stared. END_OF_DOCUMENT_TOKEN_TO_BE_REPLACED

On November 5, 2015 the policy change to LDS Handbook 1 regarding homosexual members became known to the public. Since then, in the US, 34 LDS LGBT young people between the ages of 14 and 20 have committed suicide. The numbers are being tallied by Wendy and Thomas Montgomery, leaders in the Mama Dragons and Dragon Dads support groups for LDS LGBT families. That’s 1 suicide every 60 hours, or every 2 ½ days. That number does not include a count of suicide attempts, nor of suicides by any closeted LGBT young people. Twenty-eight of these suicides occured in Utah, a state that averages 37 youth suicides in a 12 month period. Thirty-four in 84 days is a stunning statistic. It’s horrifying. And gut-wrenching. It is also telling. It tells us we adults are not sucessfully supporting our LGBT youth.  END_OF_DOCUMENT_TOKEN_TO_BE_REPLACED

Several weeks ago, a Gospel Doctrine teacher stated that “The Church is true, but the members are not.” Judging by the nods of assent, I’d say those sitting with me agreed with her. My natural inclination, as a language person, is to pick apart the word “true” until there’s no meat left on its bone. But I’ll spare you that. I do, however, want to to focus on the underlying assumption of the statement, namely the inference that the Church, as an institution, is better than its people. I’m not sure we really mean that. END_OF_DOCUMENT_TOKEN_TO_BE_REPLACED

John Bonner, of Salt Lake City, Utah, has given me permission to publish his open letter of encouragement to his 14-year old self, posted initially on the Mormons Building Bridges Facebook page. I can’t thank John enough, either for the honor of sharing his words with you or for his candor. This is a must-read for all people of faith who seek to follow the admonition of Christ to better love and serve the LGBT community.

I see you there in the pews, head bowed, lines of tears marking divides down hot, embarrassed cheeks and pooling up in blurry smudges on the pages of the hymnal as you let the sacrament pass you by because you believe you’re not worthy. I see you standing alone in front of the basement window in complete darkness and silently mouthing the words, “I’m gay,” for the first time and vowing never to speak those words aloud to anyone. I see you pleading, begging, night after night on calloused knees to have these feelings taken away from you–rooted out of you and destroyed. END_OF_DOCUMENT_TOKEN_TO_BE_REPLACED

A blog post is circulating, written by Angela Fallentine over at Mormon Women Stand, titled, “Why You Can’t Be Loyally Opposed to the Church.” She argues that, in order to be truly faithful, a Latter-day Saint must accept “fundamental, core doctrines of the gospel; namely that marriage is only between a man and a woman and the law of chastity.” She isolates these two doctrinal points, I would assume, because of the on-going controversy surrounding the recent policy change and subsequent policy clarification that specify formal church discipline must occur for those in same-gender marriages or committed relationships; such discipline manifests as “church courts” and will result in the excommunication of any same-gender committed couples. While the church membership generally understands the difference between policy and doctrine–a lesson learned with the lifting of the priesthood ban–Fallentine seems to be swinging a few decades behind the curve ball. END_OF_DOCUMENT_TOKEN_TO_BE_REPLACED

Today I accepted what many will consider an unconventional Book of Mormon Challenge. The challenge directs participants to read a chapter a day (which means finish the Book of Mormon in 239 days) “and then apply your mind to consider the implications, search for and refine meaning, and PONDER the significance of the chapters you’ve covered. ” Hardly radical. The only unconventional aspect of this challenge is that isn’t coming from some bishop or other church leader, not from a seminary teacher or family member, but from Affirmation, a support group for LGBTQ Mormons, their families, and friends. END_OF_DOCUMENT_TOKEN_TO_BE_REPLACED

I’ve never understood the concept of the Angry God. I suppose that’s been a function of my religious privilege. Normally, I dislike the word “privilege” because it strikes me as a term progressives wield like a Bowie knife in a bear fight they bring on for the fur alone. But I’ll borrow it here because the term has successfully taken on a meaning that combines arrogance with naiveté. The term suits me because I have been both arrogant and naive in the practice of my faith. After all, my God has loved me: I found Him; I’ve obeyed Him, honored Him, and served Him. [Arrogance.] And I see His love in the blessings He gives me: I have an amazing family, a beautiful home, vehicles to drive, and friends galore. [Naiveté.] END_OF_DOCUMENT_TOKEN_TO_BE_REPLACED

I decided that, once the public action taken by Ordain Women (OW) at the April 2014 Priesthood session of General Conference was accomplished, I’d stay silent about the event. I figured there would be enough people talking about them and probably not enough people listening to them. In the aftermath, I read some very moving posts written by the OW sisters and their male supporters. Surprisingly, during and immediately after General Conference, my Facebook feed was almost absent of OW bashing. I was pleased.

However, about a week after the Priesthood session, a guest post from The Millennial Star, titled “Ordain Women: thanks for nothing” (sic), began appearing in my feed. I looked away the first few times it appeared, but its recurrence demanded I pay it some attention. Everything about that post stood in stark contrast to the things I’d read by OW supporters. It was angry when OW posts were reflective, jubilant, and sad. It was rude when OW posts seemed to go out of their way to forgive. And it was illogical, making claims about OW that were not recognizable to me and assumptions that should have been put on the Naughty Bench rather than online. But I haven’t an interest in discussing, much less debunking, the guest post. Read it here if you haven’t. Instead, I’d like to don my fiction writer/editor’s cap and discuss the difference between point of view (POV) and perspective, why and how that knowledge can help us, and what perspective has to do with the Ordain Women “problem.” END_OF_DOCUMENT_TOKEN_TO_BE_REPLACED