I am white. I grew up in a very conservative home in a very conservative suburb of Los Angeles County. The headquarters of the John Birch Society was walking distance from my house. In my 12 years in one school district, I never had a black classmate. Then, in my late teens, I joined a religion just stepping away from a doctrinal stance that denied black men the priesthood and all people with “Negro blood” access to temple worship. Across 40 years, I’ve watched as the LDS church first claimed that “the curse of Cain” was God’s will, and then shifted, insisting the Curse had been policy, not doctrine.  I watched as the Church was pelted by the undeniable reality that its leaders had taught bigotry as if it were the word of God. I’ve watched the Church limp hesitantly toward an accountability it doesn’t want to bear. I’ve watched. Safely distant. Comfortably oblivious that some of my brothers and sister were living it all like a daily beating.

On May 17th, 2018, top LDS leaders met with leaders of the NAACP. During that meeting, a devastating hoax was perpetrated against black members of the LDS church, all in the name of satire. After the hoax was exposed, I listened to Zandra from Sistas in Zion work out her thoughts in a raw, emotional Facebook live post. By the time she finished, one thing in particular kept knocking at my brain, one idea I’d been taught all my life, one concept that had shaped my entire view of race—the wrong-headed notion that color doesn’t–shouldn’t–matter. But it does. In fact, race must matter. Zandra demonstrated how and why.

But before I write another word, lets acknowledge that, in the U.S., racism is inextricably coiled into our politics. Discussions of race often feel like a threat to one ideological stand or the other. But for the next few minutes as you read—or better, as you listen to Zandra if you haven’t already—hear by the spirit of love, not the political spirit of conquest.

And so I ask, why should race matter? Aren’t we supposed to value people for who they are and not for their skin pigment? (Yes.) Wouldn’t it be ideal to forget about skin color entirely? (No.)

I concede there is no more ignorant way to evaluate a demographic than by some trait of birth. But that concession doesn’t imply agreement that the trait should be dismissed as irrelevant. When you listen to Zandra, you will hear, firsthand, exactly how the color of her skin has impacted both her experience as an American Mormon and her perception of herself as a child of God. You will hear how the Church’s bigoted history and its unwillingness to apply balm to her wounds continues to hurt her. If people matter, then understanding the things that build them into who they are is a vitally important act of connection and compassion. We cannot become family—not sisters and brothers in Christ—until we are connected through compassion. We can’t shut the door against the formative experiences of someone’s life and, at the same time, welcome them home.

But also, as Zandra so beautifully pointed out, the woman at the well. The person who touched Jesus’s cloak. Thomas. Mary. John the Beloved. Peter. Each of these people had a story and Jesus knew it, he saw them, he healed and loved them. This is our call. We must let race matter because God made us how we are—colorful. Color matters because all of God’s gifts matter.

Of course, God’s gifts don’t shape us in isolation; we are often shaped as much by God’s gifts as by the ugliness or beauty of the people around us. What is remarkable, however, is the dawning realization that race matters because it can draw us together. Race calls attention to the differences that, paradoxically, can unite us in our humanity.  Race matters because humanity matters, humane-ness matters, connection matters. People matter. We can’t be the body of Christ and say some part of us doesn’t matter.

In truth, I’m not saying anything new or particularly insightful. But what happened on Thursday to Zandra and other people of color in the LDS Church needs to matter to all of us. Do I think the church should apologize for its historic racism? I do. But in the meantime, my call is to examine myself and to learn, to listen, to change my small corner of the world in ways that draw me closer to my brothers and sisters, and them closer to me.  I suspect that call is extended to us all.

God bless you in your pain, Zandra and all who’ve been hurt by the acceptance of the Church’s institutionalized racism. I’m sorry for my part in that. I see you. I hear you. I’m learning. I’m willing. I love you. 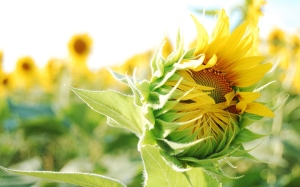