The Protect LDS Children movement aspires to eliminate closed-door, one-on-one interviews between LDS lay leaders and the under-aged members within their stewardship. The movement is led by Sam Young, a former Mormon bishop, who rightly asserts that closed-door interviews may groom young members for abuse by adults because of the way it normalizes sexual subjects in adult/child relationship. Young has collected thousands of survivor stories and garnered 56,000 signatures on a petition which asks the Brethren to end the practice. This week, Young launched a new initiative, which he told Mormon Happy Hour (MHH) is titled “Hunger Strike and Spotlight.” It is three-pronged, incorporating a hunger strike, an effort to focus attention on the hunger strike, and, lastly, temple-side chats with individuals of the Brethren about the pitfalls of closed-door, one-on-one interviews. He is also asking the 56,000 petition signees to join him by fasting during his hunger strike. (Pls see Correction)

I support the goals of Protect LDS Children. I signed the petition, and, in the vein of “there’s no such things as bad publicity,” I will do as Young asks by shining a light on his effort right here, right now.  What I won’t do is pretend to like Young’s hunger strike.

So let me get the messiness of disagreeing with his hunger strike out of the way. If you’re a supporter of the hunger strike, please give consideration to what I say as you move through ideas you disagree with; in the end, you’ll find me in your corner. If you dislike the hunger strike (including for reasons I don’t mention here), remember, when push comes to shove, all of us share the goal of protecting children.

Here’s my Hunger Strike Ugh List, in no particular order:

Ugh #1: The visual of a well-fed, self-sustaining adult, American male choosing to starve himself in order to save children when children really are starving in the world sets wrong with me at a fundamental level. Young’s use of starvation as a propaganda tool lacks sensitivity.

Ugh #2: The hunger strike focuses attention on the spectacle of Sam Young and leaves us worrying about his body and his well-being, instead of the well-being of LDS children or the bodily crimes against the many victims who have demonstrated their willingness to be public. Spectacles aren’t created to be taken seriously. Ask any feminist theorist.

Ugh #3: The comparison to Gandhi, which is made by many, including Young himself in the MHH podcast, is both appropriative and inappropriate for the following reasons:

Ugh #4: Young is taking his own body hostage and demanding a ransom of the church. It’s nonsensical. Irrational behavior has no credibility or place in an argument of this import.

Ugh #5: Zealotry will never overpower zealotry. Young has reason on his side. He has data. He has the testimony of well-studied professionals and binders of anecdotal evidence. These are the things that will win his argument. A hunger strikes is more likely to escalate differences than bring people to the table of common sense.

I’ve tried hard, but I can’t get past how much this hunger strike looks like a calculated temper tantrum. I’m concerned that, human behavior being what it is, Church officials may delay making needful changes because, as with any tantrum, the thing to do is never reward it. I hope Young reconsiders.

With all that said, I applaud everyone involved with Protect LDS Children. My sense of the hunger strike is one opinion, spoken herein to acknowledge that, in all things, Mormons should understand the need of opposition. It is through tension that we grow stronger, and any tension any of the wonderful people at Protect LDS Children might feel from the things I say is a tension I offer out of my desire to buoy the movement. Unlike President Dallin Oaks, I understand the value of loyal opposition and, based on the goals of Protect LDS Children, I can see that Young does as well.

I do so wish there had been public discussion of the hunger strike before it began. Transparency for the people—especially if you act in the name of supporters of Protect LDS Children—must be a value upheld in all things.

To Brother Young specifically, I say thank you for your good heart and for earning the figurative callouses on your feet from walking the walk.

But whoso shall offend one of these little ones which believe in me, it were better for him that a millstone were hanged about his neck, and that he were drowned in the depth of the sea. (Matthew 18:6)

CORRECTION: In a comment below, Sam Young indicates he has not asked others to fast with him. I apologize for the error. 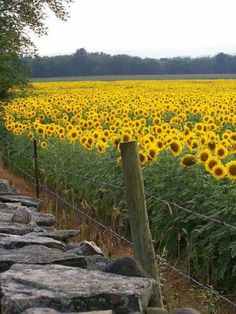 3 thoughts on “Protect LDS Children with Reason, Not Hunger”